Cut the Small Talk: The Difference Between Being Firm and Being Rude in Sales

Cut the Small Talk: The Difference Between Being Firm and Being Rude in Sales 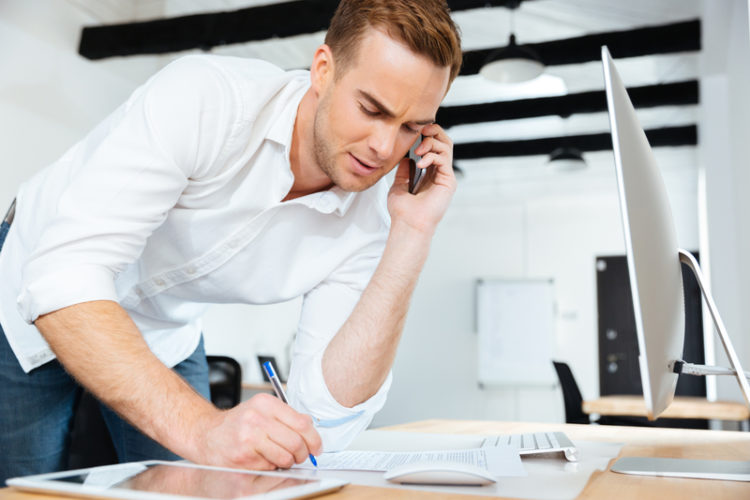 There’s nothing more satisfying or more rewarding for a salesperson than finally closing that big sale after the push – but the reward wouldn’t be the same without the legwork that’s put into closing a deal to begin with, and sometimes this legwork requires being more assertive than everyone can handle.

Most clients don’t want to beat around the bush when talking to a salesperson, but none want to feel pressured either. One important difference between a good salesperson and a bad one is being able to be assertive without sounding aggressive, and it’s this difference that can often make or break a sale.

Watch Your Words, Not Your Tone

When beginning in sales, it’s easy to assume that remaining calm and softly spoken alone is enough to prevent yourself from coming across as pushy. However, this is far from reality. Usually, when being overly pushy with a sale, the error is in what you say and not how you say it.

Take a look at these two examples:

You could say the first sentence in a firm, unwavering voice, and the second one in a soft, slow manner, but that doesn’t change the fact that the first example is simply an honest yet assertive statement, whilst the second is impatient and downright pushy. Telling a client the honest truth about why they need a product if they’re hesitant is one thing, but just being as blunt as possible for the sake of closing the sale is another.

Some clients are just hesitant, and this is something you can’t change. Whether it’s a financial matter, a commitment issue, or anything in-between, the last thing you want to do is push a client away by being too aggressive and having the sale fall flat on its face just shy of the finish line. This is backed up by the fact that 61% of buyers say that not being pushy contributes to a more positive sales experience.

The most effective thing to do is keep a level head and not let an overly-hesitant client’s pondering result in you making your impatience known. As soon as you act as though closing the sale is all you really have on your mind, it’s game over. Generally, the best thing to do with a hesitant client is to take your time. You can assert the same points over and over again to drive them home, but you don’t need to badger a client in the process. It just requires a little patience, and maybe a quick breather for a count to ten in your head every once in a while.

The fact of the matter is that, to be a successful salesperson, you need to be assertive with a dominant personality. But before you start hammering down the facts to your potential client, you also need to ensure you’ve earned the right to be assertive in the first place.

Have you told a client all they need to know? Are they fully informed on the ins and outs of the product thanks to your advice? And, most importantly, have you shown them that the product you’re selling is beneficial for them, and not just your own sales targets? The answer to each of these questions should be a resounding yes, and if the client is still being hesitant afterwards then you’re absolutely within your rights to start assertively trying to close the deal – but you should only do so if you know it’s what the client needs, and not just because you only have your own success in mind.