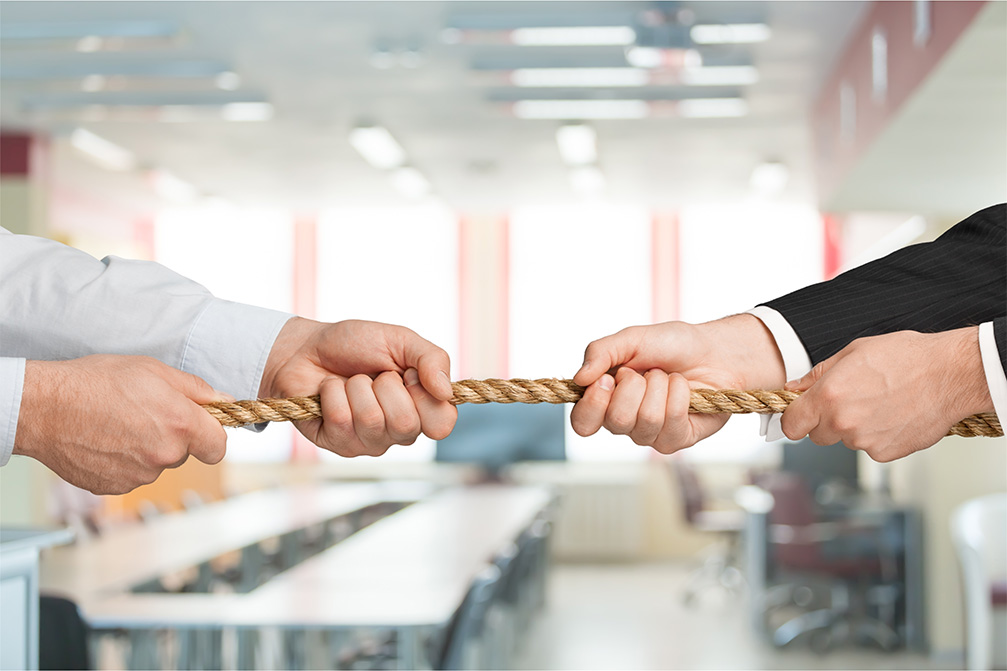 There are a number of ways to resolve a conflict, but some of them leave one party feeling less than satisfied.

Indeed, conflict resolution is one of the most delicate issues that managers face in the workplace. What’s more, it is one of the most important interactions for them to handle well. Ensuring that conflicts are successfully resolved will reduce employee turnover as well as overall stress in the office.

A conflict resolution meeting offers a viable alternative to a one-on-one interaction. While there are positive reasons for wanting a smaller meeting, oftentimes a group meeting is far preferable.

Although group meetings are intimidating for some, others find speaking one-on-one with a manager or colleague much more intense. Of course, this feeling may vary between workplaces, but individuals will have their preferences. Furthermore, if the dispute is between a manager and someone below them, having the interaction in a group setting encourages fairness.

If two people are in a serious disagreement they may not feel especially civil to one another. If they are left alone they may make some hurtful remarks or say rude comments in the heat of the moment. Having a number of people present prevents individuals from forgetting themselves and encourages social niceties. Also, some staff may simply feel intimidated by other employees, and having morale support will encourage them to state their views.

In a two-person dialogue, there’s no need to set any rules – the interaction is a simple conversation. When an exchange is moved into a group setting, however, the dialogue acquires a more formal tone. In order to facilitate the meeting a key speaker may lay out a number of rules to follow or things to keep in mind.

While it may be nearly impossible to prevent gossip in the workplace, having things out in the open prevents confusion. For this reason, staff are less likely to create rumors to fill gaps in knowledge that they may have regarding the conflict in the office. Moreover, managers may take this opportunity to inform staff of appropriate ways of treating one another.

Though they don’t want to sound condescending, stating expectations is the best way to ensure that a minimum standard of conduct is followed in the office. Enforcing rules that are not clearly stated is not only unfair, but it creates a great deal of tension among staff.